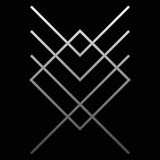 Never miss another
show from Pyth3rEx

Pyth3rEx, from his real name "Raphael" spent the first part of his life abroad. Between Germany and China, he took the opportunity to see many diverse things.

In 2015 he joined the prestigious "Dulwich College" in Beijing where he began to take an interest in the world of entertainment and especially music.

It is in 2015, while in charge of the maintenance of the musical equipment, he began to practice the art of DJing in secret of his comrades. The experimentation of this equipment allowed him to discover Dubstep, with artists such as Skrillex or Excision. His meeting with Tristen W. (Chinese-American Artist and DJ) pushes him to start creating songs on his own, they then both started reusing a studio in Dulwich, where they produced their first songs.

Pyth3rEx is a real perfectionist, in 2017, he joins the school "DJ Network" to perfect its know-how and move his career up a gear. His electric music is marked by his Asian inspirations on DanceFloor music. Pyth3rEx is a precursor of