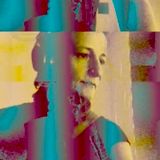 Never miss another
show from PuttyRubber

B Beats Radio- PuttyRubber with guest KOM
by B Beats MusicReposted

PuttyRubber is a DJ, VJ and AV experimentalist. She is a resident DJ with B Beats. B Beats are a DJ collective based in Brighton, London and Bristol who began their early collaborations in the acid house and chill out scene of the early 90's. They run a weekly radio show on London Something Live and their successful night BUZZ at various venues. They also run the ents for their own homegrown private festival CNR. She has DJ'ed at Glastonbury Festival's Shangri- La and Broke Britain bars, Shambala Festival's Woodland Dome, Fluffifest and Full Circle Festival. She has DJed at many club nights in London and Brighton with B Beats and in Bristol has guest DJ'd for Minotaur Sound, House of Disco and for Bristol's long running Underground deep tech/ house night- Duvet Vous.