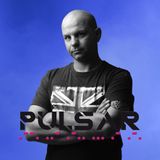 Never miss another
show from PUL.SAR

WE ARE Splendido #001
by Mastik LickersReposted

Matteo Fregni aka PUL.SAR is a DJ / producer of electronic music ranging from Techno, his favorite genre, to Psy Trance to Pop.
He walked a console for the first time at the age of 15, from that moment on he took part in events in reference clubs such as: Ministry of Sound during Axtone Party in London, Dehoor, La Buca, Scuderie and Art club, supporting himself with the greatest artists of the Techno genre including Luca Agnelli, Dino Angioletti, Steve Mantovani.
In 2020 PUL.SAR composes and publishes his first ep: FIRST published by Lets Techno Record consisting of two singles: "Black Sun" and "Black Phoenix" both tracks are characterized by sounds reminiscent of the Techno of the 90s.
In November 2020 it's time for STEEL HOLE published by Althea Records a new ep formed by: “Eclipse”, “Eclipse - Psytrance Vrs” and “Implosion” a very accurate work, with a clean sound that puts a lot of charge.