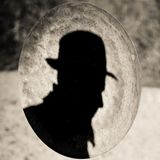 Pieter Dedoncker is a professional drummer and passionate photographer, based in Florence (IT). He started DJ'ing as a hobby in the early 2000's, trying to find not so common psychedelic trance vinyl in the heydeys of the CD. Later he adopted the pseudonym Pierre Obscuur, switched to lower BPM music and allowed himself to also use digital files. He enjoys most to play his sets of mainly tech house and progressive house in front of small groups of pure pleasure seekers until the first rays of sunlight beam through the blinded windows.