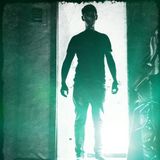 Never miss another
show from Patrick_Arbez

Born in Henningsdorf near Berlin, his uncle, a musician, inspired him to become a musician himself in 1995. Since then, Patrick Arbez has travelled a long musical journey until 4 years ago, when he decided to specialize on Live Acts only. For those, he uses a laptop, novation remute sl and a variety of Virtual Studio Technologies.

In early 2014 Patrick released his second Album (Treibstoff - Vi Två Records) which went straight into the Beatport Top 100. And he keeps himself busy: two new vinyl releases on Delude Records are already under construction.

Patrick Arbez is always trying to build his very own, memorable sound. His style could be described best as a mix of dark minimal and melodic techno, although he is experimenting beyond genres as well.