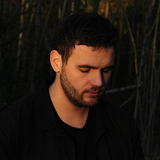 Never miss another
show from PAGE 97

Page 97 is an up and coming music producer and DJ in the house music scene. This fella has firm roots in tech-house and an intuition for all styles which has led to him packing out dancefloors in popular venues including the infamous Ministry of Sound, Pambos Napa Rocks, 02 Academy Brixton, and Engine Rooms Southampton.

Expressing his passion for music at a young age was difficult at times as he couldn’t quite get the hang of playing musical instruments, but after several years of perusing the music he loved so much, Page 97 found his home in tech-house music and hasn’t looked back since.

This born and bred London DJ now spends all of his time in the studio and creating the pumping tech-house grooves that got him signed to record labels such as Deep Down Dirty and Crossworld Records. His music has also been featured on Beatport’s hottest compilations including Re:Vibe, Reflective, Club Sessions and Play This!

You can watch my livestreams and send me a message on Instagram: @page_97