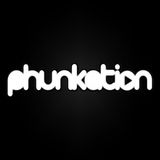 -Recycled Phunk editions is alternative project on Phunkation records.
Main theme and policy are sampled songs or tracks to funky / hardgroove techno.
Only the best tracks are chosen to be on this various editions,
that are all ways on top of selling places and in every djs wallet.

-Submissions releases are created by Chris Chambers with casual Lenox appearance.
Its designed to be only Hardgroove and its structure is hard production with tribal elements,
next to Recycled Phunk editions and standard releases on Phunkation

Get yourself Phunk'd cause new age is comming ,
The age of Phunkation !!

You want to be a part of Phunkation ?
Mail to : phunkation.records@gmail.com