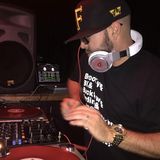 “When the East is in the House, Oh, My God “Danger!” The 1996 classic hit single that first introduced the world to the DJ/Producer/engineer and second half of the rap group Blahzay, Blahzay, DJ P.F. Cuttin. Crowds have seen and continue to see P.F. Cuttin spin live in various clubs and bar lounges in New York City and all over the world. He also has spunned for several Vans, Stress, Source, Vibe , Frank 151 Magazine parties held in Brooklyn and Manhattan. From East New York, P.F. credits the borough of Brooklyn for making him the producer and DJ he is. Considered to many a mixtape legend. Constantly with his ear on the street, PF provided a mixtape every few months from 1994-2002. Numbered 1-50 and are considered classics.Sortly after he continued to create mixes of current hiphop and for known and unknowned artist, they were no longer numbered, just titled.