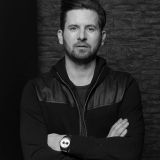 Never miss another
show from PETESABO

The DJ and producer, who was born and partly raised in Budapest but calls Austria his home now, is one of the rising stars at the moment.
Responsible for Pete’s passion for music would be his father, who was a collector of numerous records ranging from Kraftwerk and The Art Of Noise up to B.B. King and Eric Clapton. After moving to Austria at the end of the 90’s, Pete got attracted by the intensive raves of that times and his musical direction was set.At the same time he brought his DJ- and production-skills to perfection – with resounding success. His first single „Pressure“, signed on Sharam Jey’s label „Bunny Tiger Dubs“, already got massive support from the international DJ scene. The result was, that the tech-house burner blocked the upper Beatport- and Traxsource-chartpositions for weeks.
Therefore it’s no wonder that Pete Sabo releases on international labels such as Spinnin Deep and Bunny Tiger.
The sky is wide open – All you need is the will and the talent!