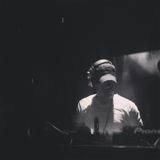 Never miss another
show from Oscar Gerard / A0515

A0515 is based out of Los Angeles, CA. He recently has been a part of the growing talent in the Los Angeles scene. Originally from Central America, Gerard has been able to be find his passion in the beautiful City of Los Angeles. Being inspired by the late 90s House Parties, Underground events and the artistic culture surrounding the area.
He has been producing a weekly podcast "Audio United". Audio United is heard through out the world by many fans of the Techno and Tech House genre. He strives to expose local talent as he has them as special guests on his podcast.
He also has been focused on producing his own events in Downtown Los Angeles. One of the events produced is called "bāzəl". His goal with these monthly events are likewise with the podcast which is to expose other local talent by having them as guest djs.