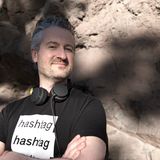 Meetups and Mixtapes - May 2018 Edition
by Oisin Lunny

Meetups and Mixtapes - October 2017 edition - part one
by Oisin Lunny

Oisin Lunny is a composer, musician & producer who has worked in the music business since 1990. Film projects include the score for the award-winning documentary “Men Of Arlington” (2011), "After The Dance" (2015), "50 Shades of Gay" (2017), audio branding commissions for RTE ONE, MTV and TnaG, and many adverts and sync placements. Oisin’s background is releasing music as part of top 30 act Marxman, and as number one buzz chart act Firstborn.

Oisin is also music editor for PHOENIX magazine and a senior contributor to Forbes.