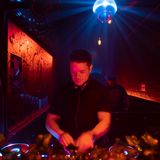 Born and raised in New Jersey/New York but now calls Atlanta home! Oscar Sierra, also known as O. Diggs, was always surrounded by music from a young age. Influenced musically by most latin genres, he also has a strong background in pop, reggae and hip hop. With love for many genres of music, O. Diggs developed a sound unique to himself that typically brings lots of latin, tribal and drum beats. In the mid 90’s, O. Diggs fell in love with the house and techno scene of the New York nightlife and has never looked back! His journey has not only put him on stages with some of the biggest DJs, but he has also produced some great events all up and down the east coast... Tune in, Enjoy, Dance!