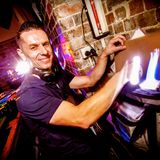 Never miss another
show from NYCKS

Spinning records might just run in the blood for the Sydney-based house DJ and event producer. Nycks has been honing his skills for 20 years.

Sticking with core concepts is how he's sustained an international career since 1998. He's done residencies in France, Greece, New Caledonia, and Australia. And in 2016 he launched a promotion company dubbed Underground Jack – throwing parties that hark back to the golden years of house, the 90s.

Nycks and Underground Jack have been regularly hosting events in Sydney. It's not candy-coated or squishy house – but deep funky chunk. It's the analog echoes from old-school house scenes.

- From Deep to Garage to Jackin House and Back Again.