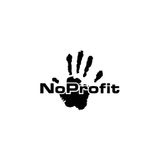 Never miss another
show from NoProfit

With 150+ performances under his belt in 2010 including his weekly residency at Dub Trax & Reggae Tune Tuesdays in Nanaimo, Friday Night on the main stage at the Carrington Bay Music Festival, Soundwave 2010, his weekly radio show - The Massive - on Nanaimo’s 101.7 FM CHLY, various club one offs, raves, & parties NoProfit was one of Vancouver Island’s busiest DJs. Aside from his live DJ sets he is also a skilled producer.

In February 2011, the Vipercorps & NoProfit "Bassline EP" was released on Calgary’s Breakz ‘R’ Boss Records (available on most fine online digital retailers including Beatport, Juno Download, Trackitdown, and iTunes), which includes "Bassline - Original Mix" and "Bassline - NoProfit D'n'B Remix" as well as remixes by the Soul Puncherz and Crystal Fox. October 2014 NoProfit released his - Moon City EP, on his new No One Records label. NoProfit's second solo release - Volume II, is slated for release in the latter part of 2016.