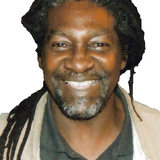 John 'Nardo' Bailey aka General Nardo is well known for playing drums behind many well known reggae artists and for being the only man in the female 80's reggae band AMAZULU.
Previous to that he was a sound system operator having played his fathers sound system back in the late 60's and starting up other sound systems in the 70's as music selector and engineer.
As well as DJ'ing Nardo is a successful music producer, sound engineer with his own studio. A project facilitator and music tutor with many years teaching in schools and music organisatioins. With his brother, formed MDMD Arts which provided Arts based activities for young people in the North London area.
This many facetted person brings you The Love and Light show which shows off his love of Reggae music and natural musical ability to get you dancing and listening to this genre.
Its amazing how things you did at a young age can influence you in your latter years. Bring it on GENERAL NARDO