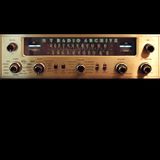 Never miss another
show from NYRadioArchive

While there are many radio sites and forums on the web, short shrift is generally given to 1960s-1970s free-form, progressive and underground New York City FM rock radio. In addition, when air checks and other collectables are uploaded to forums and postings boads on the web, they are frequently lost as the postings are removed or it's hard to follow which postings had the associated attachment. This site will serve to remedy those situations. So we'll cover the free-form radio FM scene, mainly for New York radio stations, but we'll also add some goodies for New York AM rock radio fans that don't exist on other sites.

The New York Radio Archive (NYRadioArchive.com) features airchecks, articles, advertisements and other documentation about New York radio culled from the air, from journals and newspapers of the day.