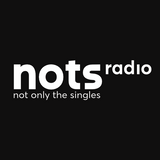 Never miss another
show from NOTSradio

Listen to the online stream --> www.notsradio.nl

NOTS radio originated with the idea that there is more then just the singles/hits that you hear on the radio or in the media. Hence the name NOTS "Not Only The Singles" radio.

A music album usually consists of nine or ten songs, two or three songs of those songs are released as a single. In our opinion, the songs not released as single from an album are also interesting to play. We are looking for these songs to let people know that there is more than just the singles.

In order to create an even and laid-back vibe, there is extensive searching and listening to 'new' songs that fit into the concept of NOTS radio before being placed in the playlist. We love experimental music and look for new sounds, but try to keep it in the relaxed vibe.