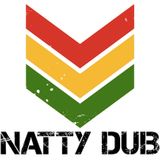 London-based Natty Dub Recordings was established in September of 2012 by Cabin Fever UK in order to provide an outlet for their own style of Jungle/Drum & Bass music. Straight away Natty Dub became an instant success with the masses, having a succession of #1 chart spots on DNBarena, and Juno, amongst others – from day one, Natty Dub was making a very early impact.

In 2013 and 2014, with a string of essential dancefloor tracks already on the imprint, the decision was made to have “Gets No Rougher/All Night Long/Can You See Me” remixed with by emerging heavyweights Saxxon, Jaydan, and Level 2.

After the success of the remix series, the label held its 1st competition with the prize being a chance to remix the Cabin Fever track “Make Your Move” with the 2 best submitted efforts being releases on the label. This competition was successful in identifying some up and coming talent, and giving them an outlet for releasing their work.