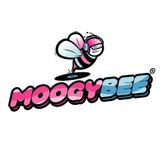 Never miss another
show from Moogy_Bee

Vlad Galaiko, also known as Moogy Bee one of the DJ and producers behind Deponiente Records a
stamp that he has been wearing since 2016 and where he edits his own productions and remixes.

The story takes place in the city of Kiev, after a few years plagued with problems with justice and a brief passage through the jail for its relationship with the local mafias. Vlad begins in the local scene of the mid-90s, well known for its dynamism at that moment. The music scene was really exciting, it was surrounded by great DJs, influential record stores and distributors and massive clubs, and the director and the actors were connected to cities like Moscow, Tokyo, Paris, Berlin, New York or San Francisco.
Undoubtedly, for young people like Vlad, attracted by the art of DJing, the scene offered many opportunities.
Private parties and concerts in small clubs began to happen regularly, and Vlad
began to be known in the Kiev scene for his art in the mixes and the strength of his staging, master in