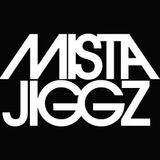 Hailing from Toronto, Canada, he curates each of his performances from a collection of current and classic Hip-Hop, R&B, Indie Dance and Nu-Disco to Classic Rock, Motown, Reggae, Funk and Disco.

Mista Jiggz is sought-after by corporate clientele like NBA, Apple, American Express, Red Bull, Universal Music, Diesel, Puma and Heineken. In Toronto, he was most recently the celebrated host and lead curator of Electric Touch, a popular radio show aired on VIBE105 (105.5 FM) for the last 7 years.

Mista Jiggz is always close to the decks, never skipping a beat to deliver the greatest experience the world over.