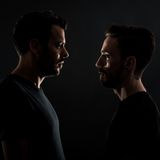 Never miss another
show from MINTZ

The rising sun
by MINTZ

Be As One
by MINTZ

On Approach
by MINTZ

from the beginning of 2014 till this day, the two have put together numerous hours in their studio, in layering and bringing the project to a fresh sound picture that combines trippy and diverse elements from ambient and dub, atmospheric and hypnotising electronica, deep beats of techno and house, and nostalgic touches of the golden era of progressive house that we all remember and love.
all of that combined together give birth to the collaborated principle of "Mintz" - a harmonic and breathtaking dance music.

Recently Mintz released their debut album, titled ‘Pulse of our Planet’, made in full length with analogue gear in the intention to bring to the audience a conceptual idea that will drift them off during the listening.