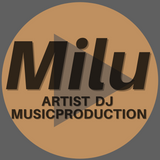 Milu
Milu was born in 1970, he grow up in Fulda Hessen. Milu's interest on deejaying, records and clubs started in the late 80's. In this time he was really interested in black music and the early house music scene. Milu was influenced by the sound of the legendary techno club the Omen. His passion for electronic music was sparked. During his school leaving examination, he was working in a record shop. In this shop he built up some important relationships to the early Techno scene. In 1992 Milu begun to play in some underground clubs in the east of Germany. His fan base grew rapidly. Milu's community describes his music as melodically and hypnotising. He combines his sound with a maximum of variety which has no peer. Each song is some kind of its own adventure. Once in a relation with elements of early House, deep house, tech house, techno, progressive and melodic parts. Over time, his style became more and more individual.