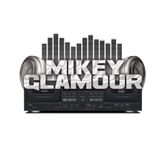 Born April 30th, 1971 to Jamaican parents in Newham, East London Mike Waisome's fanatical and some may say rather obsessive sound system audio archive has made him a popular among social media circles, in particular on the global online audio distribution platform known as Soundcloud. Sound system enthusiasts and subscribers to his vast online library are more familiar by his pseudonym, as the charismatic Mikey Glamour.

Mikey's interest in sound system culture and collecting session audio recordings was sparked when he started at Stratford high school in East London in 1982. By the summer of 1984 Mikey was given a 90 minute sound system cassette tape by a school friend, and on the cassette was marked Killamanjaro vs. Merto Media "LIVE" at Skateland, Jamaica. And that was it, Mikey Glamour was hooked and had now become a cassette junky.