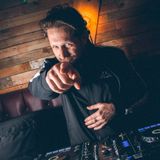 I went and did a wedding mix...innit
by Michael Christopher

"Michael CHRSTPHR
Having been spotted DJ'ing in the Ray Ban tent at Isle of Wight Festival many moons ago, whether its an Armani or GQ fashion week party, or playing for band’s 'end of tour' parties (Disclosure, Ben Howard & Hurts to name a few…), he established himself within the industry as the go-to guy. Regularly found behind the decks DJ’ing the backstage tents at some of the biggest festivals like Ray Ban at Isle of Wight to Hop Farm main stage and everything in between. A past regular DJ at trendy London venues such as; Hoxton Bar & Kitchen, Queen of Hoxton, Lock Tavern, Old Queens Head, Egg, The Box, Cuckoo, Scotch and Sketch. Since then he’s returned home and now can be found at local Newcastle spots: By The River Brew Co., Banyan, DaT and Nite Hawks. He plays across the genre spectrum; Jazz, Hip Hop, Motown, Funk, Northern Soul, Disco, Garage and House."