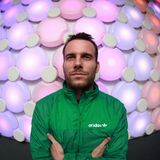 Never miss another
show from Metha

style: techno, electronica
Metha is one of the most famous Hungarian underground DJs
and producers. He’s been playing on his own shows for 14 years.
He already played at all of the major Hungarian festivals and on
different shows in Germany, France and Spain
in front of thousands of people. His international career is just
about to kick-start, mainly due to the cooperation and friend-
ships with “A” list DJs and producers from the UK. His own party series is called Be Massive that has been existingin the nightlife of Budapest for nine years.
Once a month he hosts foreign n DJs like: Stephan Bodzin, Oliver Huntemann, Pig & Dan, Sam Paganini, Elie Force, Hybrid, Meat Katie and many more..
His most important aim is to improve on every field of the profession. He wants to become more successful with his own music as a producer and to raise Be Massive to the highest quality among the bests in Europe.