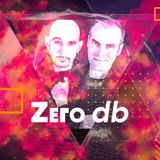 Their meeting took place about 12 years ago in a place in Rome at the time very famous, from there the collaborations were never lacking both for the radios and for the clubs. In 2002 m2o was born a new radio reality in the Italian national scene, where they represent the “worst” part, ie Trance / Hard Style. The passion for the radio linked them a lot, so much so that they became an inseparable duet! m2o was the Radio that they wanted to do together and have always had a great desire to do more and more innovative things.
The real challenge begins when, for the first time, Zero db was broadcast, a program that ideologically immediately liked the insiders not only as a structure, but also as a musical choice: techno / trance sounds in line with the whole northern movement European that give chills and emotions that are always different.