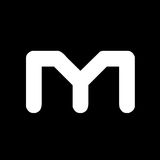 Never miss another
show from MAXIMALISTIX

For those who are at home with Dance, Techno and Trance, the name Peter Bellaert will surely sound more than familiar. As a DJ, producer and instigator of Minimalistix, E.V.O,Atlantis 6.....
Son Kenny Bellaert saw his father working on dance and trance tracks for years at a time in his music studio.
Quite soon Kenny was captivated himself by the same musical microbe as father Peter.
Kenny’s approach is the same as that of his father Peter. But he also makes music where it’s not possible to resist the urge to dance.
In addition to self-made songs, during his DJ sets, Kenny also drops his own exclusive remixes of the best dance tracks of yesteryear. He will remix them together with his father.
Exclusivity is the word! However, at all times the focus will be on the self-made songs.
Thanks to his father’s legacy, but mainly through his own efforts and experience, Kenny has the know-how to make songs that are infectious, dynamic and danceable.