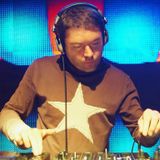 Never miss another
show from Matush

Thanks to his personality, consistency, fluent mixing technique and unique choice of music, Matush has now become one of the most appreciated DJs on the Polish club scene. After successful releases of his own productions he gained respect also as a producer and remixer – in Poland as well as abroad.
He began his career in 1990. Then he played funk and hip-hop and won Polish scratching championship, which allowed him to take place in World DJ Mixing Championships in Rimini, Italy 96’.
In the middle of the 90’s he started to gradually change his musical preferences towards house music playing at many huge raves and cyclic events promoting the club culture. In 1998 Matush release his first mixed cd compilation for Low Pressings Traxx label and maxi- single “OFF-Limit EP”, in 2001 he recorded another single: “Latino Laif” which was soon appreciated as it was frequen...