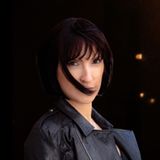 Never miss another
show from MAIBA

Maiba is a multi talented German-Chilean artist, who has been making music for a long time. Besides working as a DJ, she is a songwriter, plays the piano and mastered singing. She calls her sound ‘Glam House’ which is a fine blend of Disco, Dance-Pop, and House. Her music can be described as timeless and mixes modern Ibiza vibes with Disco elements and 90s synthesizers. Whatever her listeners may go through, Maiba’s music makes them feel glamorous and enjoy the moment.
Due to Maiba’s Chilean roots, she encountered Latin-American music at an early age. However, she is also highly influenced by American and European music. In 2015 she founded her own label ‘MORE THAN TALENT RECORDS’ to release independently and to set an example for other women in music. Right after she released club tracks that hit the Top 10 on the British and Swiss Dance Charts. In Munich, Maiba is already a familiar name in the House scene but now it is time for her to go international.