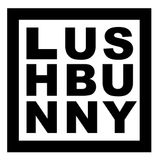 Never miss another
show from Lushbunny

Lushbunny makes no major habitat requirements and therefore can survive in a variety of environments such as woodland, nightclub, grassland, desert, cropland, festival, urban, and poolside. For over a decade, Lushbunny has been hopping around around the world, accompanied with an arsenal of sound cultivated with high quality and high energy performance. Lushbunny’s sets are carefully curated from over two decades of a life influenced by music; from rock to tech house, from funk to electro, from disco to breaks, from soul to techno, the intoxicating combination of beats and playfulness has become part of his identity. His passion and love music exudes in his sets, as he is always keen to incite a sing-a-long from his most abid fans. Lushbunny’s sets have been described as an “unpredictable and passionate exercise in musicology buoyed by a relentless energy and beats that is simply intoxicating; this is what it feels like to be lush.”