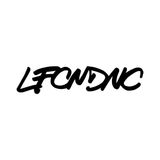 Never miss another
show from LifeCanDance

Sound manifestos that tap the infinite nirvana of rhythms and harmonies.

An aesthetic legacy in the history of sound structures of ephemeral forms trying to reach the transcendental immortality.

Awake listening is a compromised roam. Dancing is a sacred matter.