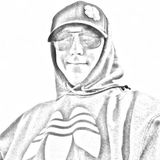 Never miss another
show from LiQuiDNicK

Nicholas Kollmann AKA LiquiDNicK is dj / producer from Milwaukee Wi USA. Since a very early age he was in to the sounds of techno music, he began messing with some of the first mixing programs around like the DMPC mod mixer. At the young age of 16 years old, he landed on a two channel mixer. Hooked up to a pair of Technic 1200's, my how things have changed. Over the years he learned how to mix a many more platforms from CDJ's to analog drum machines and sequencers. Nick has a long history of djing through out the midwestern united states over the years. Like most djs back then Nick was mixing everywhere from house parties to full scale events and campouts. Starting out Nick mostly mixed dark and funky house/techno-house, but over the years has mainly focused on the harder sounds. Still you can hear the many genres that have influenced him through out the years in his mixes.