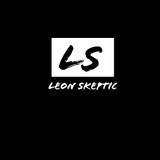 Leon Starr McKenzie aka Leon skeptic or savant (uk)or SΔVΔNT is a groundbreaking DJ straight out of Edinburgh. With an ear for what sounds good, Leon Skeptic takes inspiration from a wide variety of musical genres, sampling everything from techno and jazz to hip hop and house. his one-of-a-kind performances and releases absorb listeners with an unmatched emotional intensity.
producing since 2010, he got signed to yellow rhinestone records in 2017 he also started his own label
group which is called skeptic knights as well as a few other companies, he also
featured on airwave radio with his podcast “Nothin’ but da beat” he’s is now
studying Audio engineering in early 2021 he signed a publishing deal with Sony.