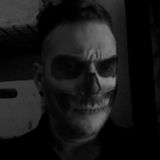 Le Boucher is a dj who mixed between 1996 and 2000, some Tech and Darkcore Drum & Bass in Quebec City for CKRL. After he finished his Master in UI Design in Québec City (beside Kressel), he quickly moved in Montreal and start doing Techno live sets in solo but also in duo with Kressel. He mixed mostly as a Minimal Techno dj after 2004. In 2006, he founded the Eresys artist collective, with friends. He stop doing live sets after the launch to concentrate on management, websites design, coding. He also rent 2 music studios, with some partners, to produced events, tracks and podcasts. He left the Montréal scene in 2016 after celebrating Eresys 10 years of activities, on the big scene, at the Montreal Piknic Electronique. Since november 2019, he mix officially once a month for a radio station called "La Face B". His radio show is called "No Future" (dystopian electronic music of all kind, really dark, really heavy).