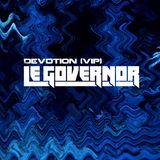 Le Governor originating in
Toronto Ontario & born in Edmonton Canada. Making a name for himself with every show he bring soul shaking bass music to the people of Canada and eventually a
world wide audience.
He aims to change the face of the music industry bringing positive vibes collaborations between artists & always willing to see what people have to show him.
Before his career in the dance music scene he was discovering new artists with two music blogs and even before that he was the drummer
in a metal band with some talented musicians making southern melodic hardcore music. Now venturing out on his own he aims to tackle such challenges like
hunger/poverty/fair wages/ and a chance to give the power back to the people who listen. Playing multiple venue locations around western Canada. Looking
to expand his music career by gaining the right connections being in the right place and the right time
Bringing you Canada's most modern music with a wide variety of emerging genres!