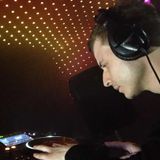 I am 43 years old and reside in South London, England. I started DJing in 1996 when I bought my first pair of vinyl decks and have never looked back since....

I am privileged to of played at most well known London clubs including Ministry of sound, Pacha, CamdenPalace and Bagleys to name a few. I have also had residencies throughout my career in and around Croydon and the south London area,as well as being lucky enough to also play abroad in Ibiza, Ayia Napa and the greek islands.

House music is a journey into the unknown, and Im not leaving this funky shuttle!!!!