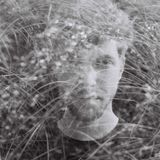 Never miss another
show from LCAW

" German music producer LCAW was born in Munich in 1994. Raised in a musical family, with a mother as a music teacher, LCAW began playing the piano at age two and continued to learn several other instruments like the cello and the drums soon after. All these years of music education served LCAW with a great knowledge base that led him to produce his first tracks at age 18. LCAW’s fascination with electronic music was ignited by his first club experience and the general rise of the German house music scene. Inspired by artists such as Alle Farben, Paul and Fritz Kalkbrenner, Oliver Koletzki and many more LCAW produced his first remix of British band "Daughter", which became an instant success on YouTube and Soundcloud. His style varies between Indie house, Deep House and Tech House... "