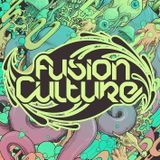 KŎRD aka KurD is an oriental psybass project by Israeli based musician Elad Kord, pioneer of the ethnic midtempo scene in the past decade, and the producer behind Fusion Culture and Desert Bass Festivals

Elad is a sonic explorer with thick rolling bass sound, deep and sharp beats, and ancient persian soul treats - his project KŎRD will carry your hearts into far away sonic realms.

KŎRD has released on Merkaba Music and Fusion Culture Records, and has been stomping various international festival dancefloors such as Psy-Fi Festival, Anthropos Festival, Doof Festival, Magica Festival and many more…

Aside from his musical endeavors, Elad stands behind the renaissance of the Bass scene in Israel, with incredible event productions such as Fusion Culture, Glitch Beach and Desert Bass Festival.