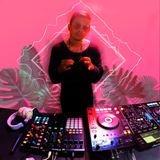 Never miss another
show from KillaBeatMaker

KillaBeatMaker
Producer, Dj Mc.
KillaBeatMaker (Hilder Brando) is a Colombian|Bass DJ & producer from Medellín, and a frontman of Radiocaliente.
As a DJ/producer, he draws his inspiration from the afro-colombian rhythms and the music of Valle de Aburrá, his home region, mixed with deep bass sounds and Urban| beats. On his mixtapes and music, he loves to collaborate with different artists from Medellin and Colombia as well as other countries. At the moment, KBM is working for his first EP under his DJ name with the title “Colombian|Bass”.
KBM is performing with his DJ set as well as with the live band, Radiocaliente. He has toured in Colombia, Chile and US (SXWX), and is preparing for a tour in Europe in the summer 2018. He has shared the stage with most important urban latin artists such as Bomba Estéreo, ChocQuibTown, La Mala Rodríguez, Monsieur Periné, El Freaky Colectivo and Cultura Profetica.
EDM kidz will never understand this kind of music﻿
Tropical|Bass