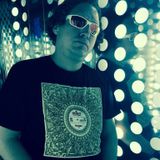 Never miss another
show from JustinCookee

Producer of House and Breaks covering all genres and ideas. Justin Cookee has performed and promoted his own way all around the world but his latest DJ sets and studio offerings are proving to be very highly sought after.

Justin Cookee has been collecting 7 inch vinyl since the late 70's, mixed cassettes since the 80's. Learnt to mix in mates bedrooms in the summer of 1990, then performed live bass in bands since the early 90's, has been producing and DJ'ing funky dance music ever since. In 97 he was also heavily influenced by underground house music at legendary London Tech House parties,