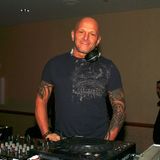 Real Name: Donald Mattern.Born in 1946 in Lancaster, Pennsylvania.The Hit Maker, The Deejay’s DJ, The Innovator, The Infamous, The Diva: Each of these fitting monikers can point to only one man, and that man is Junior Vasquez.

A pioneer in each discipline and tireless in his pursuits, the span of Junior’s career is dotted by landmark achievements in American popular music. New York’s famed Sound Factory nightclub, which Junior co-founded, marked the first of many milestones that he is continuing to mark in his illustrious and unstoppable career. From Sound Factory, Junior went on to hold some of the most coveted residencies in New York and hosted most of the legendary parties at New York hotspots including: the Tunnel, Arena at the Palladium, Juniorverse at Twilo and Earth at Exit Junior’s career not only spans longer than his peers’, but his creative energies continue unrivalled.