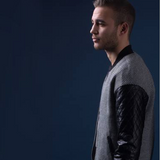 Never miss another
show from Allouche

Elon Allouche AKA "Allouche" Is a 23 year old
Producer/Dj from Israel. Allouche has a wide variety of musical talent across an array of electronic
music and loves to experiment with new sounds and
discover new ideas. At the young age of Six Years Old ALLOUCHE began his musical journey. through playing both the piano and guitar, he then started to
produce, and has now for NEARLY six years. after fully Discovering his true style, Allouche decided to Focus on his solo career.
After releasing his first solo Track "I Realize" for free to kickstart his career (on May 24th, 2015), the track went Viral, reaching an mpressive 700k+ organic views on youtube. With such a strong outburst from his first track, there is no telling how far Allouche can go in his career as a dedicated Producer/Dj.