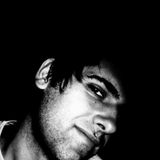 Jonas Kopp was born in Buenos Aires, Argentina in 1981. His career as a producer was launched when he was 19 years old. After seven years of hard work we find one of the most representative argentine talents for the House and techno global scene. Jonas is very well depicted by the constant hypnotic flavour in his tracks, the techno arrangements, deep basslines that really fill the surrounding space, the use of effects like reverb ,delays and LFO’s and his faithful attachment to his Detroit and Chicago roots as creative influences .
His live performances are two hours of plenty of hipnotic groove, creating different states all along the set. His DJ sets are a perfect analog-digital fusion, using tracktor scratch and vinyls / Cds.. Artists such as Mattew Dear, Adam Beyer , Sven Vath , Chris Liebing, Par Grindvik, Ben Klock , Luke Slater , rank his tracks in their latest charts.