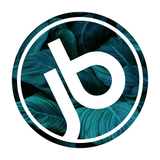 Never miss another
show from Johnny B

DJ and producer located in Bracknell, UK, specialising in Drum & Bass, Jungle and Breakbeat. I'm relatively new to production, having only started back in July 2021, but in terms of DJing I've been mixing drum & bass, jungle & oldskool breakbeat hardcore since 2000.

Although I'm considered more of an internet DJ, I've been very fortunate enough to perform a few gigs throughout my time behind the decks - both in the UK and overseas. My proudest DJ moment happened in September 2013 when I won the RAM Brixton DJ competition that year. My liquid dnb mix entry awarded me the chance to play the opening set for RAM Records' event at Brixton Academy, London that very same year.

Alongside the DJing, I am now devoting a fair bit of my personal time towards production, which is gradually beginning to pay off with some signed tracks already under my belt. Stay tuned for some further releases and bootleg remixes! ;)