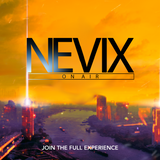 Giosuè Ciraolo aka Joe Nevix, was born in
Messina in 1992. Like so many young people
eager to pursue new passions, he approaches
electronic music at the age of 20 through the
use of computer software.
After its first productions released on various
labels, he finds success with the track"Detroit"
produced in collaboration with the DJ
Producer ASCO. The piece was on top of the
electro house beatport ranking for several
weeks!
In 2015 he joins an historical radio of his city,
Radio Messina Sud, where he manages and
conducts his own radio show "House Nation",
increaingly followed in the electro music scene.
Today Nevix works to establish his name in the
international scene with unpredictable
productions! "Stay tuned ... To be continued"