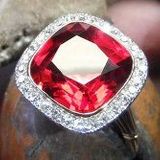 Frederic was introduced to jewelry making at the age of 15, having the privilege of working with Platinum, Gold & precious stones as his first media.

This debut in jewelry world was followed by 15 years working as a Jeweler, Goldsmith, Stones setter & Designer for some of the nicest jewelry house in France.

In need of change, his 30th year brought him the desire to explore the world in general, Asia in particular. Then he chosen Bali “the island of Gods” for is mystical energy and the amazing different kind of craftsmanship produce here by the Balinese’s peoples and Indonesian in general… as: wood carver, stones carver, wax carver… so it was his first stop.

There the magic happened and without a second thought the charm and the magnificence of this Island of Gods, became his daily surroundings. The smiles, warmth and creative skills of this local peoples quickly lead him