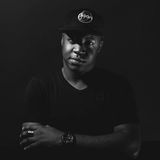 Never miss another
show from Jazzuelle

There is an inherent rebellion against complacency and prescribed expectation in Jazzuelle’s approach to making music and it has led him to opening the first ever Sonar Festival in Johannesburg in South Africa to playing the official Sonar Festival in Barcelona, to advancing to career defining appearances at Beatports Wet Deck Annual Party in Barcelona at W Hotel alongside Nakadia, Claptone and Noir of which during that same night also played the Get Physical Music showcase at OFF SONAR at City Hall in Barcelona with the likes of M.A.N.D.Y, DJ T, Andhim, Bedouin and more