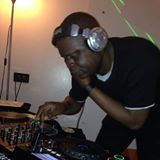 I started off like many as a Hip Hop Scratch DJ then doing mega-mixes playing many genres of music. Joined various pirate radio stations and later on a recording studio producer & engineer.

I used to play on the West Midlands version of Kool Fm in Birmingham home to Hazard, MC Biggie, Escape and many more. I also played at Amazon nights at First Base. I have played with djs such as Brockie , Mampi Swift, Randall, Roni Size, Krust, Kenny Ken, Nicky Black Market, Ray Keith and list goes on.

Please check out my other links: