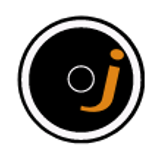 Never miss another
show from JaysenBensonhousen

Jaysen Bensonhousen has been honing his craft of mixing since 1994. Originally located in Brisbane, he took up residencies with notable DJs and hosted his legendary underground Spice parties (pre Spice Girls manufacture, of course). With the traditional use of vinyl, he played at a variety clubs and venues. Now he has taken the streaming platform from his residency in Melbourne. Not one for being pigeonholed, his dj sets tug from the breadth of electronic music categories.
In production, his debut album 'Short Stories' saw an exploration into music styles not limited to dance music. Rather in true celebration of musical roots, this album brings together a unique collection and movement of sounds that is unconventional.
Currently in production is his new album 'Vicissitunes of Life' soon to be released.