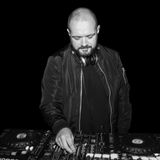 To followers of dance music in Northern Ireland, Jay Kay is a household name. He is one of the UK's most sought after and globally respected House DJs. Despite his nature to fly steadily below the world's Superstar Dj radar, over the past decade Jay Kay has gained legions of devoted fans worldwide. It was inevitable he would start to create his own music and this peaked in 2015 with the launch of his new record label De-Funkt Recordings & De-Funkt Traxx. This came off the back of massive previous releases such Uproar, Twist, Belfast Kiss, and Music For The Masses.The onset of Jay Kay's DJ career occurred in 1994; now he has performed in clubs all over Europe and his musical memory is an encyclopaedia of dance music history. When not on the road, he's either mining beats in the studio for radio or diligently searching for set material in the troughs of the worlds best music dance sites. His productions span the areas of House; Funk, Tribal, Deep, Soulful, Uplifting & Driving